Can We Get Something OTHER Than Non-Profit Development? 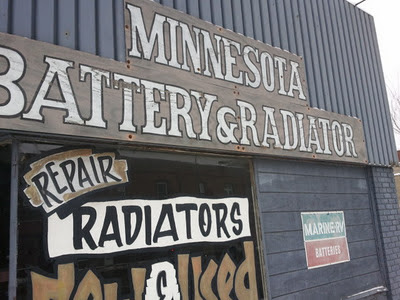 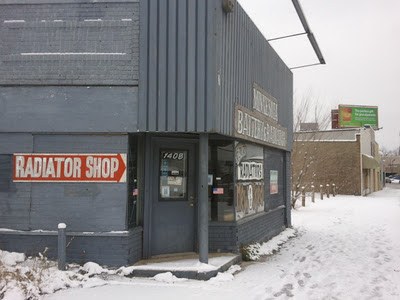 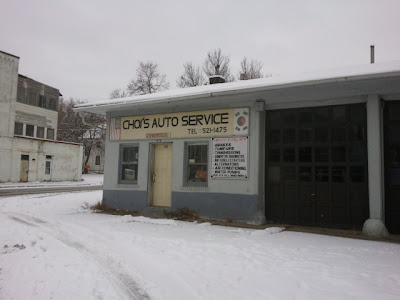 Word came out this week that changes are being sought to the Let's Just Give All of West Broadway to the Ackerberg Group Because We're Not Doing Redevelopment Anyway Plan.  The proposed changes can be found here.  While I have sung the praises of Ackerberg and Catalyst before, and I'm thankful for their ongoing commitment to NoMi, I have some deep reservations about this proposal.

Those reservations are not around the preservation of housing stock in the proposed development area.  There are a series of homes and other land that will need to be assembled, and that's a part of any such project.  If anything, the quality of housing that was demolished for the MPS building next door was far higher than this and I wish some of those homes would have been moved instead of demolished.  There are 11 parcels being added to the site plan, starting with...

Based on photos of many of these properties, there's not a whole lot that appears visually historic here: 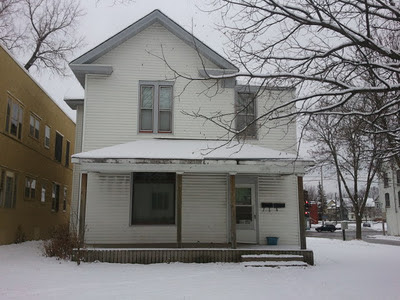 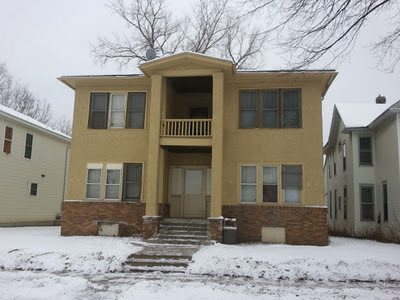 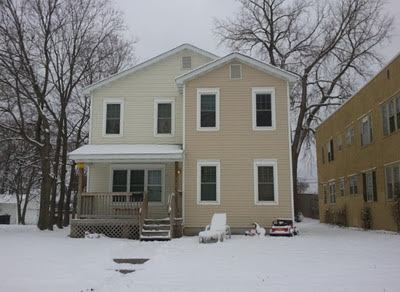 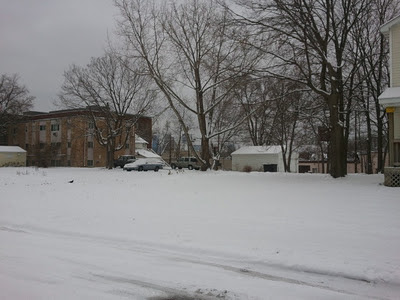 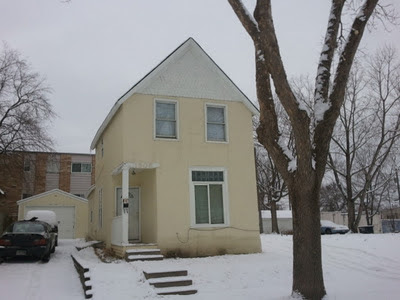 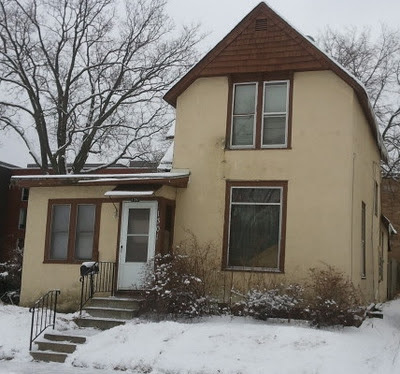 Let's start with the nicer point of criticism first, shall we?  If this project goes through, why are we leaving 2015 Girard alone?  I do think there's a lot to like about the proposed site plan.  I want to see two-story buildings along West Broadway and that could require the creation of parking behind such structures.  But how is it fair to the owner of this last house to plop that redevelopment around that structure?

And I have to wonder if the following statement is a standard part of such design plans:

State law authorizes the City to acquire property either on a negotiated basis or, in certain situations, through the use of its power of eminent domain, if necessary, to carry out a redevelopment plan. The City will seek to acquire property from willing sellers whenever possible.

Before this closing statement, the proposed plan change states:

The West Broadway Hub will be developed by The Ackerberg Group and will be privately owned by a related development entity (gee, I wonder who that could be?), with Hennepin County as the sole tenant. Hennepin County will house approximately 200 employees in a new two-story structure of approximately 30,000 square feet. The Hennepin County Hub will provide adult and child social services to clients throughout north Minneapolis...

So here we have a site with multiple parcels already owned by the city of Minneapolis, Catalyst, and Hennepin County.  The city is preparing a plan modification for the area, in which the new development would be managed by Ackerberg/Catalyst, and currently the sole tenant is Hennepin County.   Why oh why does this smack of insider baseball?  And what kinds of services are we talking about providing here?  Will there be things that regular folks can actually use, like maybe pulling permits (admittedly a city function) or a DMV?


The building’s street-focused design and the addition of hundreds of County staff and thousands of annual client visits will add vibrancy and presence to this critical corridor.

If the usage will be that great, then why does the plan only call for about 120-150 parking spaces?

Page 8 of the plan appears to be somewhat self-contradictory in stating that this proposal is in line with the West Broadway Alive plan, yet in some cases rezoning may be necessary.  The areas that might need rezoning are where area residents probably have the most leverage to either get what we want out of this or derail it entirely if it comes to that.

Residents will have a chance to give their input at a community listening session, which I am told will happen on December 15.  I will add the time and location to the post when I have that available.

As a resident who now lives within walking distance of the plan, I strongly oppose this based on the social service aspect of its proposed use.  I would like to see actual business development along West Broadway, and not more service-based projects.  If nobody has such a proposal at the ready, or if now is not the right time, then let the MPS headquarters do what we all thought it would do; bring in employees and other patrons that will increase business demand along the corridor.

If anyone wishes to convince me otherwise, show me another such facility in Minneapolis that abuts residential properties and prove that such a facility has brought tangible benefits to the community.

Furthermore, while I generally have a high opinion of the work done by Catalyst and the Ackerberg Group, I'm starting to believe they have their fingers in enough pots along West Broadway.  And the last time there was a disconnect between Catalyst and the community, they didn't really listen to the neighborhood all that much.  So I'd like to see more finished results and a redoubled commitment to a real dialogue before handing over yet another key intersection to them.  Even then, I'd rather see another developer start taking on projects along the corridor.  Such competition will spur all parties to do better.  Right now we have an overabundance of fried food shacks and nail salons along Broadway.  I'm doubtful that continuing to add social services to the mix is going to make the community any better.
Posted by Jeff Skrenes at 8:26 PM