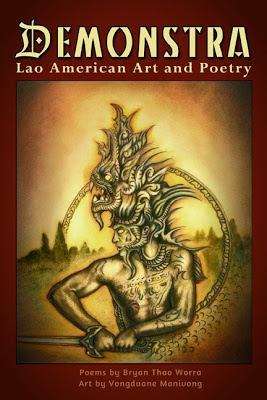 Post by the Hawthorne Hawkman, image from the "Demonstra" Kickstarter page.

Earlier this year, my good friend, fellow blogger, and north Minneapolis transplant Bryan Thao Worra put out a Facebook request for names of sea gods he could use in writing his new book of speculative Lao poetry.  And Aquaman was already disqualified.  Immediately I fired off a suggestion of Iku Turso, a Finnish sea monster sometimes called the Ox of Death, or "thousand-horned," but who is more often depicted as part man and either part octopus or walrus, and bears a striking resemblance to H.P. Lovecraft's Cthulhu.  Iku Turso has been called the father of disease and the Finnish god of war and pestilence.

"No.  Lutefisk is Norwegian, and even a god of war, pestilence and disease has his limits."

Out of that exchange, the following poem was born... 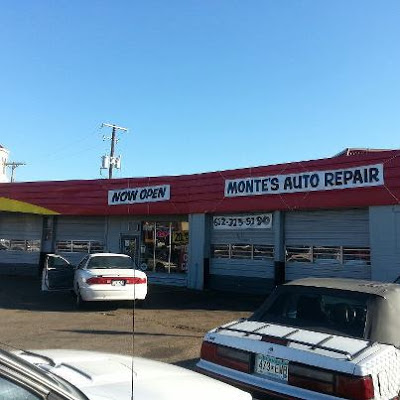 I drive a seventeen-year-old car that is affectionately named "Old Reliable" on the grounds that at least one of those descriptors is always true.  My reason for driving an old, if not entirely reliable, vehicle have been centered around home ownership.  I picked this car up almost two years ago with the plan that no car payment and minimal insurance would get me into a home that much faster.  Since mortgage payments on the northside are far cheaper than rent, once this car kicks the bucket I'll use that extra cash flow towards New Reliable.

Just before closing on my house, Old Reliable wouldn't start and she was leaking engine coolant like a sieve.  So the car sat there until after I closed, and I spent the summer biking.  Based on a trusted referral, O.R. limped down to south Minneapolis to Frenz Auto to get back up and running.  Battery connections were tightened, some new fuses were put in, and a water pump was replaced.  Frenz did great work at reasonable prices, but I felt guilty that I wasn't taking my car to a northside shop.

So when it came time for more work on Old Reliable, I took her down the street to...

So we got a bit of a snowstorm the other day.  I spent about six of the twenty-four hours between Sunday and Monday mornings out shoveling.  The last time I lived in a house on a corner lot, it was in college with ten other housemates.  Looking back on it, I can definitely say that the "eleven 21-year-olds" shoveling model is far superior than the solo approach I had to employ.  But quite a few of my neighbors on my block haven't even done that much.  One neighbor in particular is a rather egregious offender:  The City of Minneapolis.

I usually take my dog up two blocks and back down again for our ambulations.  Tonight, instead of the usual route around Queen, we stayed along Penn to see what lots were unplowed (the dog's interest in the topic is confined to the joy of running through chest-deep snow).  Almost all of those such parcels belong to CPED, the Community Planning and Economic Development arm of Minneapolis government.  And all of those lots are vacant with no structure on them. 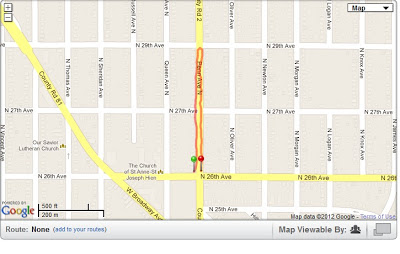 The first two vacant lots to the north of me are owned by both CPED and GMHC, but they were both plowed by my neighbor.  Including those, the breakdown of vacant parcels is this: 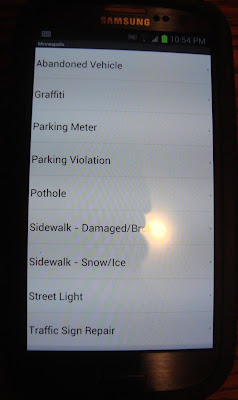 I've heard quite a few positive reviews of the Minneapolis 311 smartphone application.  My experience, however, has been far from that.  First there were problems completing the reports, although those were supposedly limited to the Android operating systems.  Then those were fixed but my phone still acted up.  I tried erasing and reinstalling the program, to no avail.  Then I picked up a new phone, and hoped that would do the trick.

At a recent 3rd Ward CARE meeting, the app was again rolled out to the community.  During that presentation, we were informed that the "other" category would be removed from the smartphone app.  The bottom line is that category was too unwieldy for city employees.  Ok, that makes sense from a budgetary and practical standpoint.  The options we now have are... 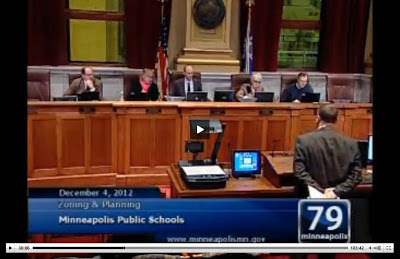 Post by the Hawthorne Hawkman, image is a screen grab from video of Zoning & Planning.

On Tuesday, December 4, the Zoning and Planning Committee denied the Minneapolis Public Schools ongoing request to pave over yet more land along West Broadway.  CM Goodman led the charge, asking why land was taken off the tax rolls and yet the Public School system was still asking for more.  She was later corrected about her understanding of how that acquisition happened, as the MPS had ownership of the parcels in question for some time.

Which brings me to a side point.  The back half of the existing parking lot had some absolutely gorgeous houses on them.  I remember gazing wistfully upon those homes, knowing they would be demolished, and wishing there was an alternative.  Little did I know that an alternative to demolition did in fact exist.  MPS could have put in half a block of parking behind their building, half a block on the site proposed now, and left between five and ten historic structures standing.  (And, I might add, still on the tax rolls)

I'm not the only one who didn't have the whole story.  For instance, the MPS representatives didn't even know...