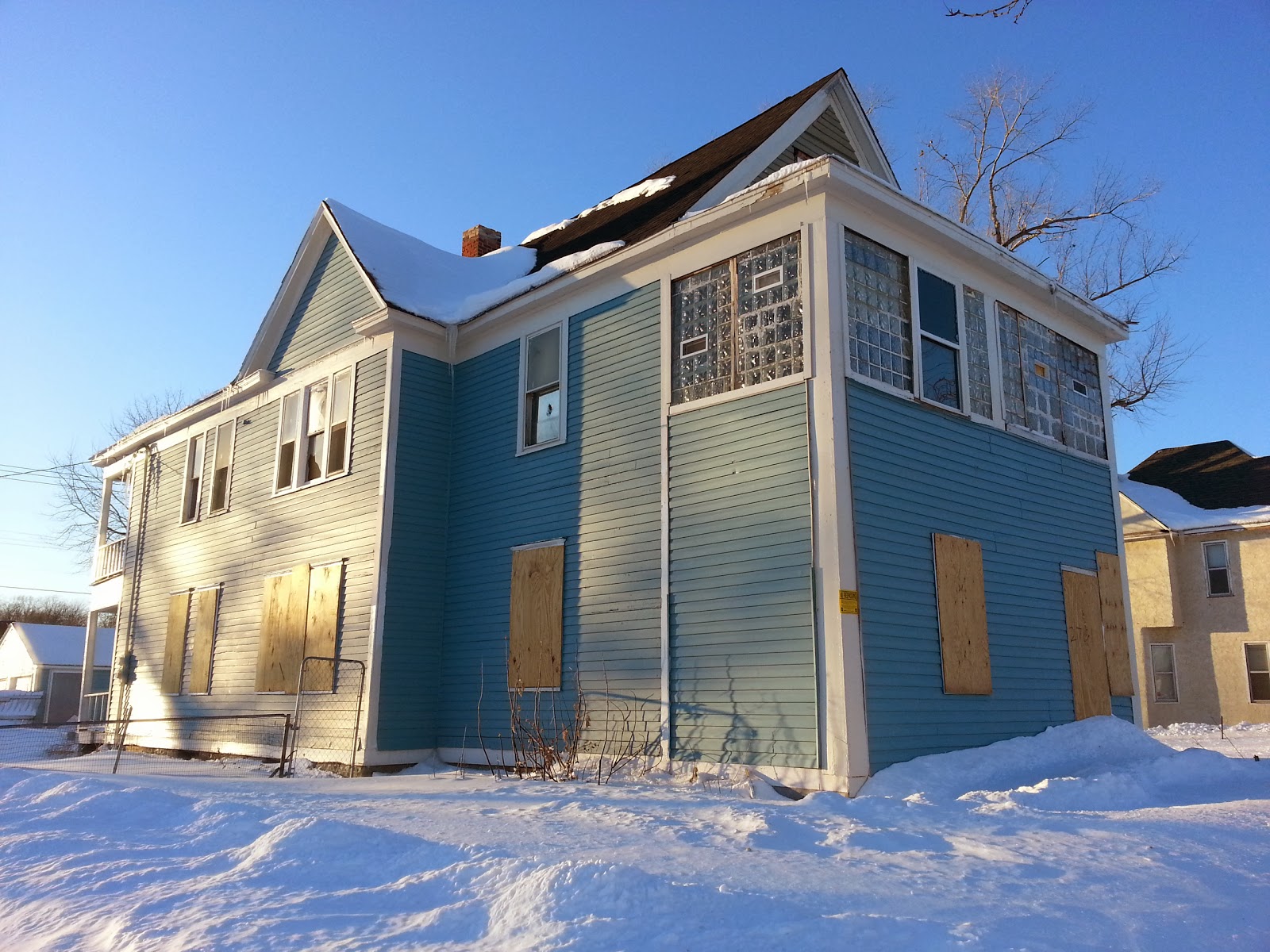 Several days ago I received notification from the city that they were making available for sale several dozen boarded/vacant structures as well as a far larger number of city-owned vacant lots.  The City Planning and Economic Development arm (CPED) took out an ad in the Star Tribune to notify potentially interested parties of the offer period from February 10th through the 21st.  The act of seeking out and engaging private developers instead of fast-tracking houses for demolition is a huge step in the right direction for our city.  Quite a few staffers and council members put in a lot of work to get us to where we are today, and that deserves recognition.

But there are a few ways this rollout could have been better, and a few questions still unanswered.  Such as... 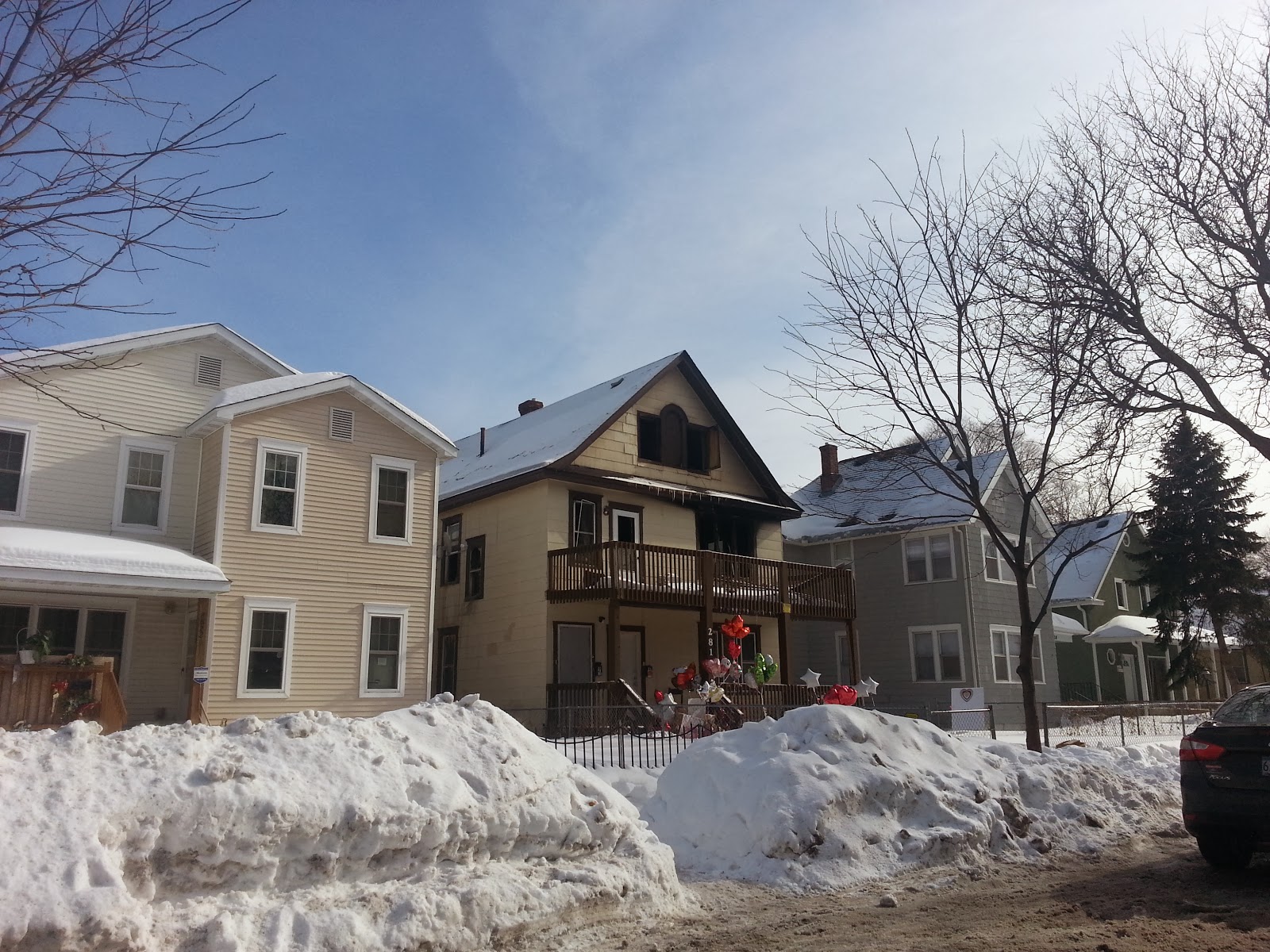 When the fire at 4425 Aldrich Ave N--owned by the infamous Mahmood Khan--broke out several months ago, a common refrain was relief that everyone was able to escape in time.  Many wondered what would have happened if circumstances were just a bit different.  If the fire had started somewhere else, or if it spread just a bit faster, would we be mourning deaths instead of sighing in collective relief?  Tragically, we don't have to wonder "what if?" because the unthinkable has happened.  Five children are dead, and a family is torn apart.

When news spread about the Valentine's Day fire at 2818 Colfax, plenty of northsiders' first words were, "I bet it happened at a property owned by _____."  That blank had one of about five well-known landlords in it, and Paul Bertelson was among them.  Initial investigative results are already pointing away from foul play and indicating the fire was an accident of some sort, making the next question obvious:  How could we have kept this from happening, and how will we keep something like it from happening again?  We shouldn't need a senseless tragedy like this to cause us to ask some tough questions around housing in Minneapolis.  But it's happened and we better take a hard look at how and why. 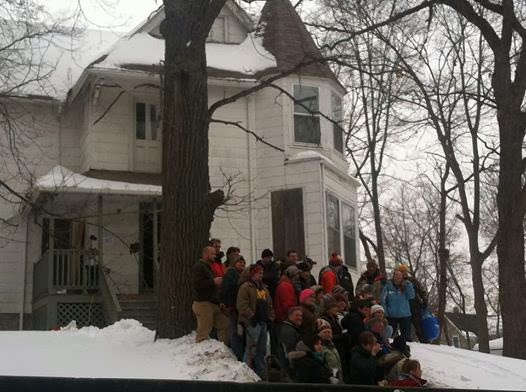 Post by the Hawthorne Hawkman, photo by Blong Yang.

On Saturday, dozens of people from across the Twin Cities--and possibly beyond--converged on 1522 Hillside to do a volunteer clean-up.  Growing up in a farming community, the trash-out of the house held similarities to good, old-fashioned barn raisings.  What would have been a job taking up at least a full day's work was instead completed in less than an hour.  "Forty-one people in forty-one minutes" was how Nicole Curtis described the task.  Most participants had expected to work for a few hours, and others arrived late under the assumption that there would be plenty to do all day long.  The final tally was eighty-nine people who came to help.

I got to see the interior of the house for the first time, and it's quite the labyrinth.  The old house lovers did get to "geek out" a bit as we meandered through..

Northside Taproom Opens with a Boom 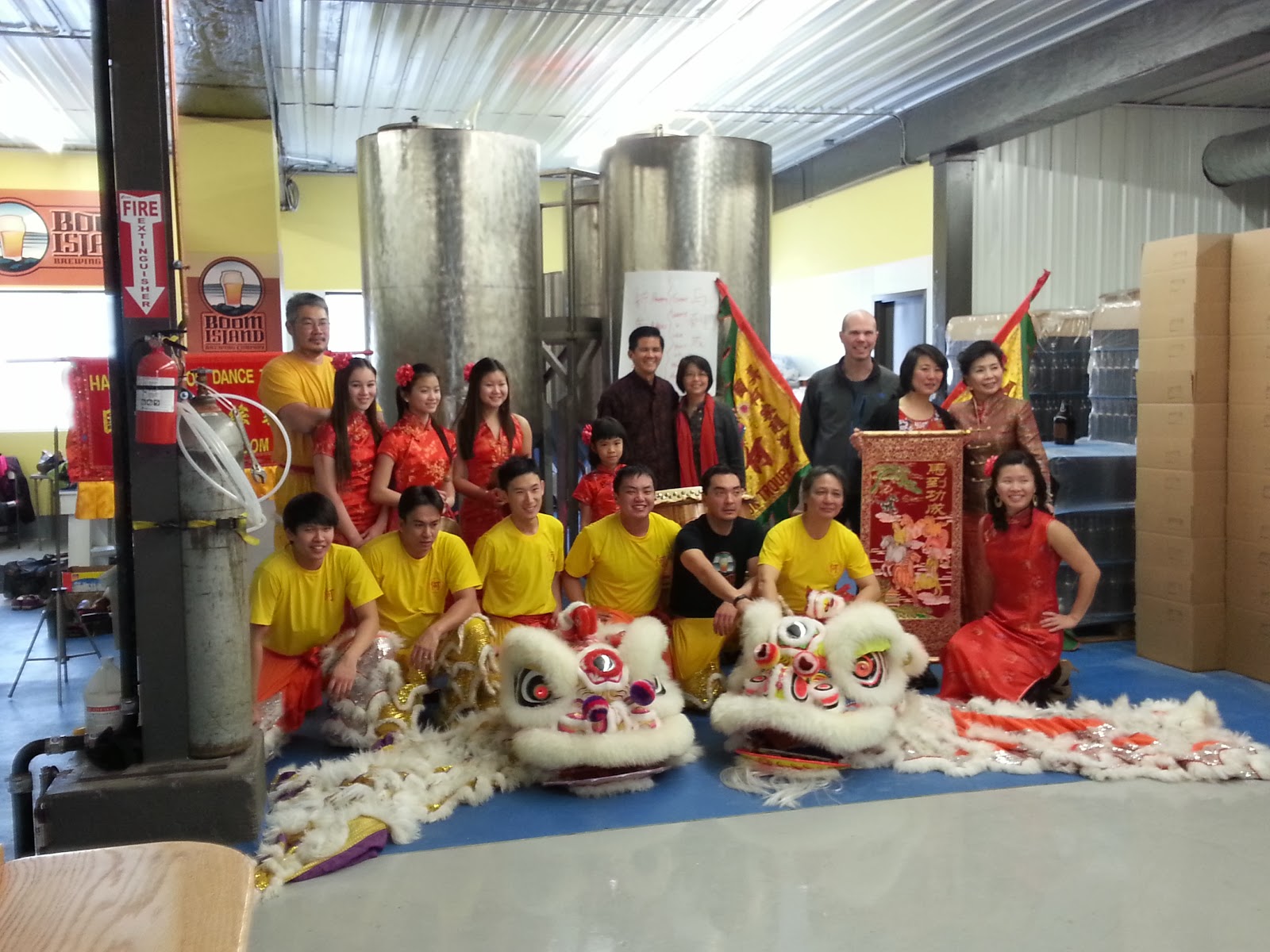 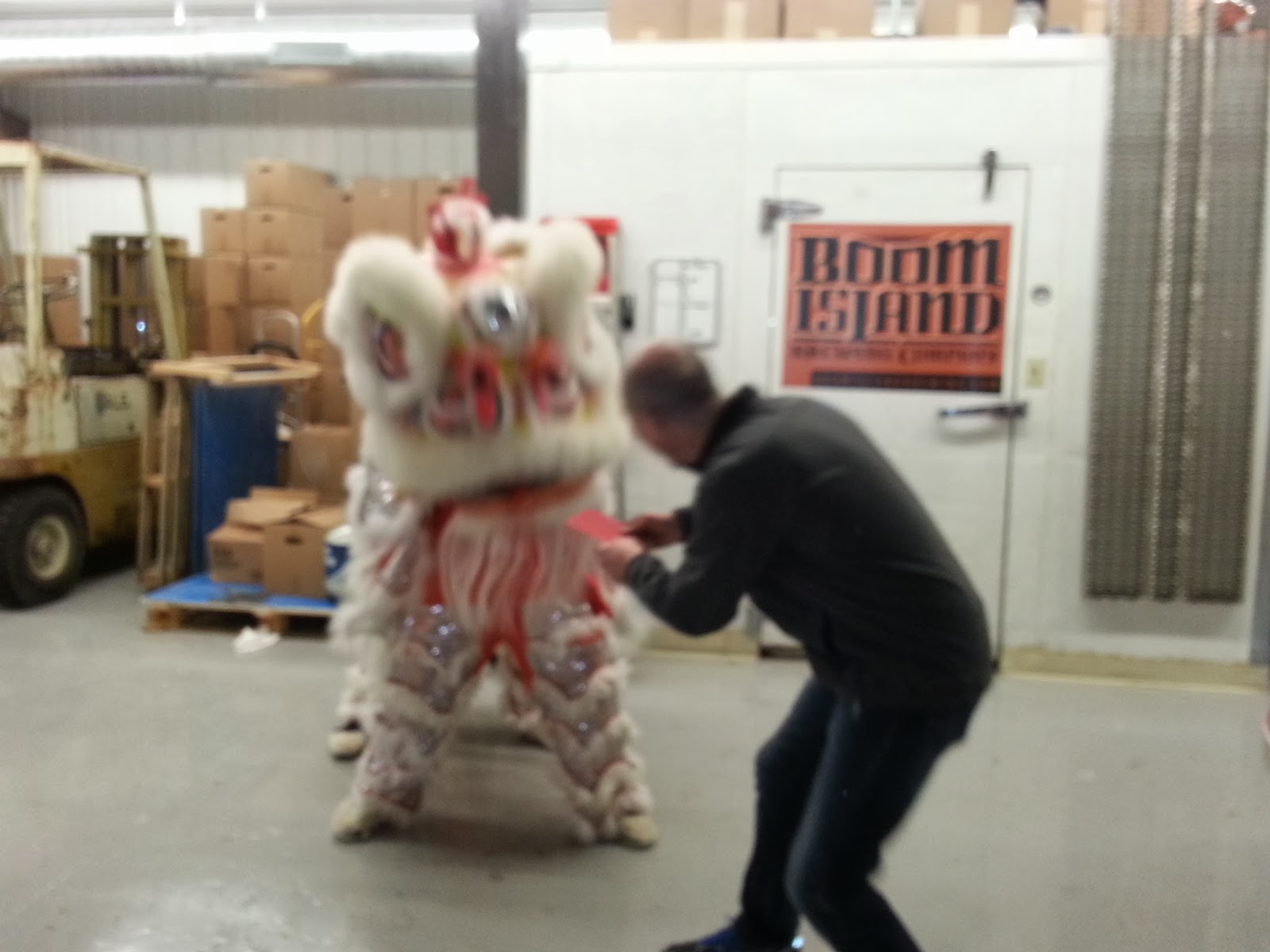 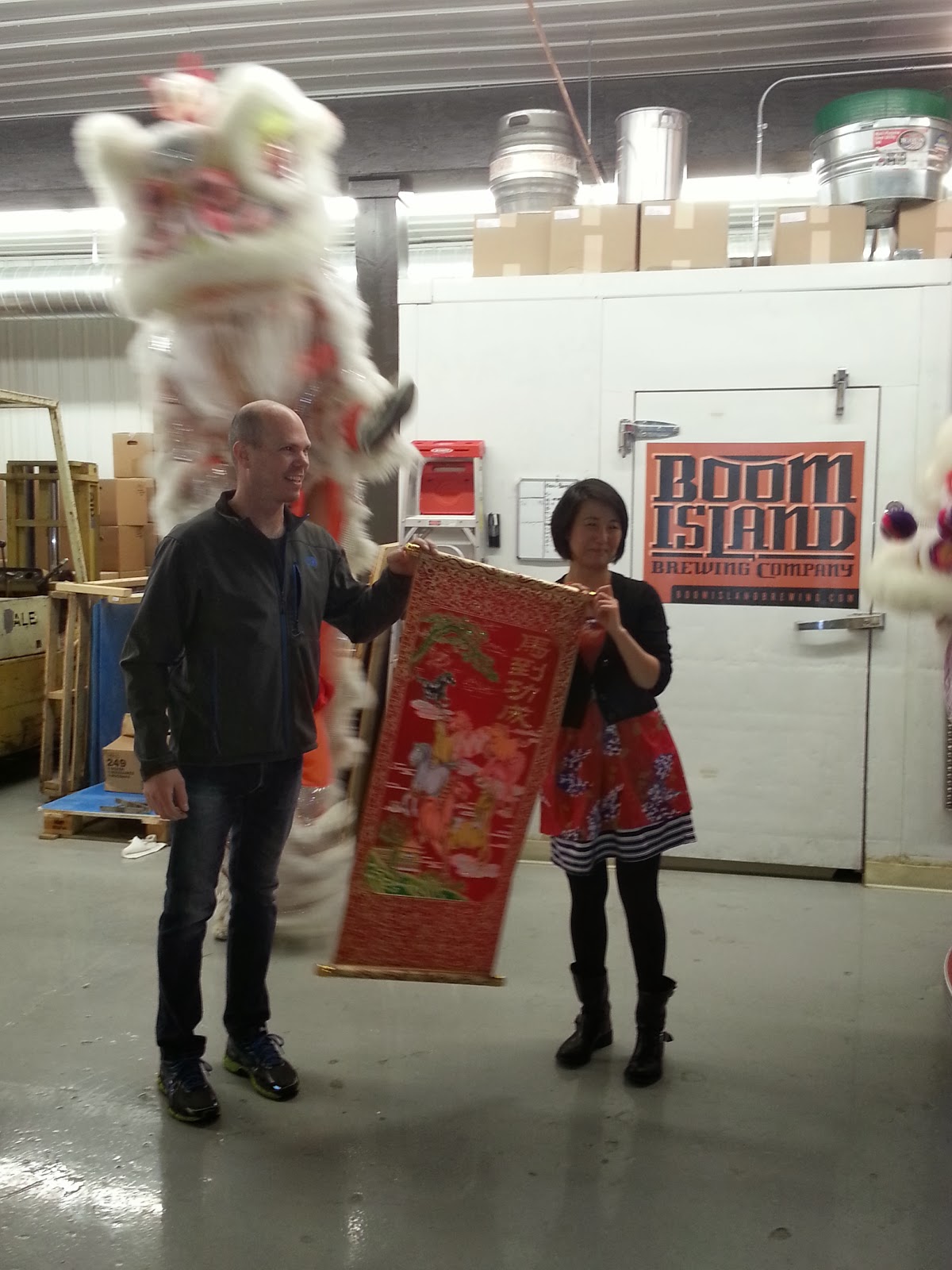 Shortly after its inception, Boom Island quickly became my favorite beer, and not just because it's brewed right here in north Minneapolis.  Every concoction, from the darker Hoodoo and Brimstone beers to the Silvus pale ale and Witness, have a unique taste and are well worth the price.  The only problem was that the hours at their former digs made it hard to stop in for a growler.  Plenty of local stores carry the beer, but the growler is definitely the economical way to go.

So imagine my disappointment several weeks ago when I pulled up to the old spot, empty growler in hand, only to find that it was closed down.  Not for lack of business; quite the opposite...

Open Streets Coming to North Minneapolis in May! 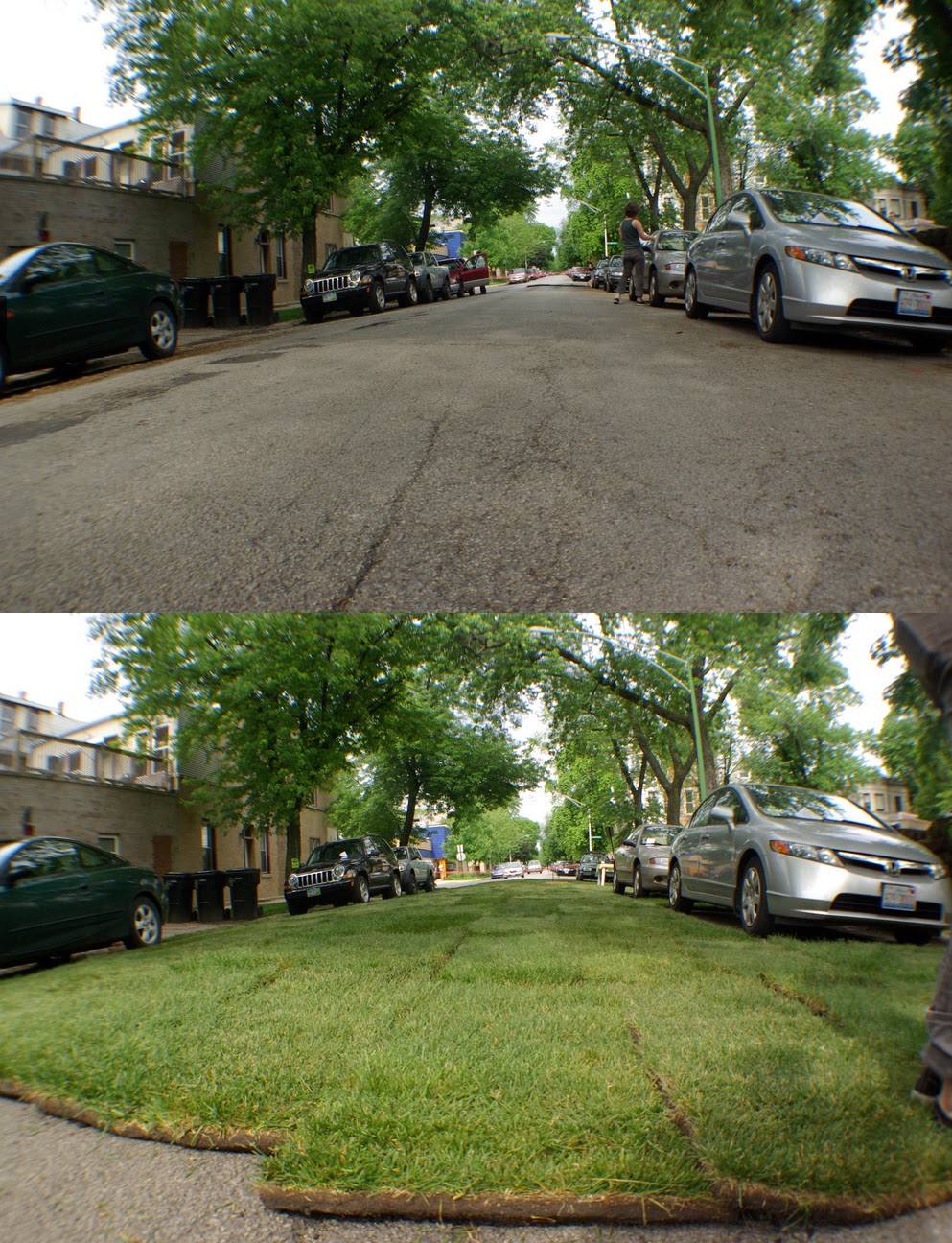 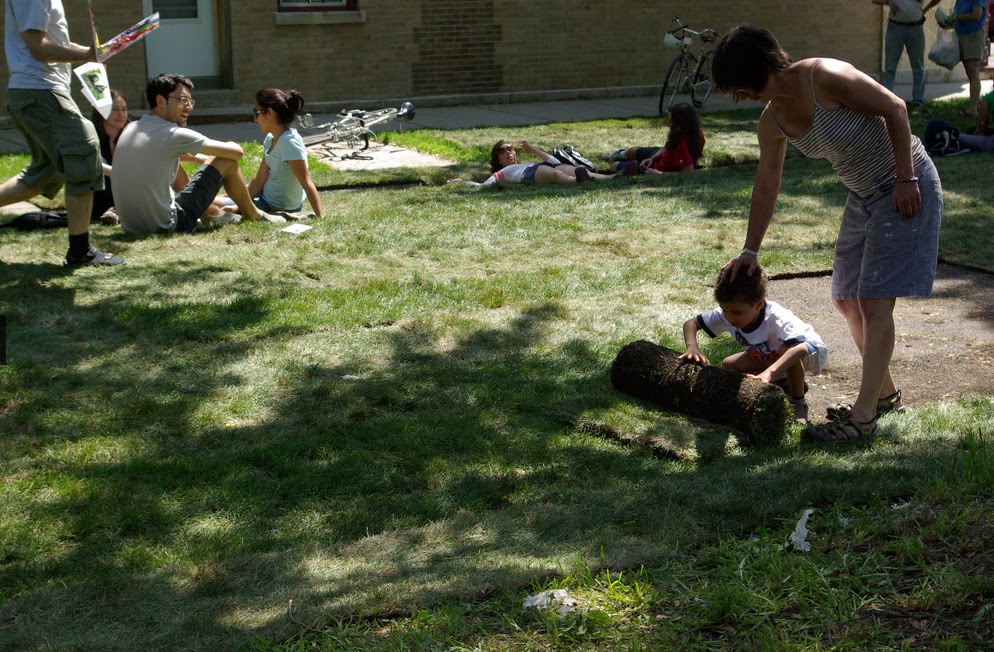 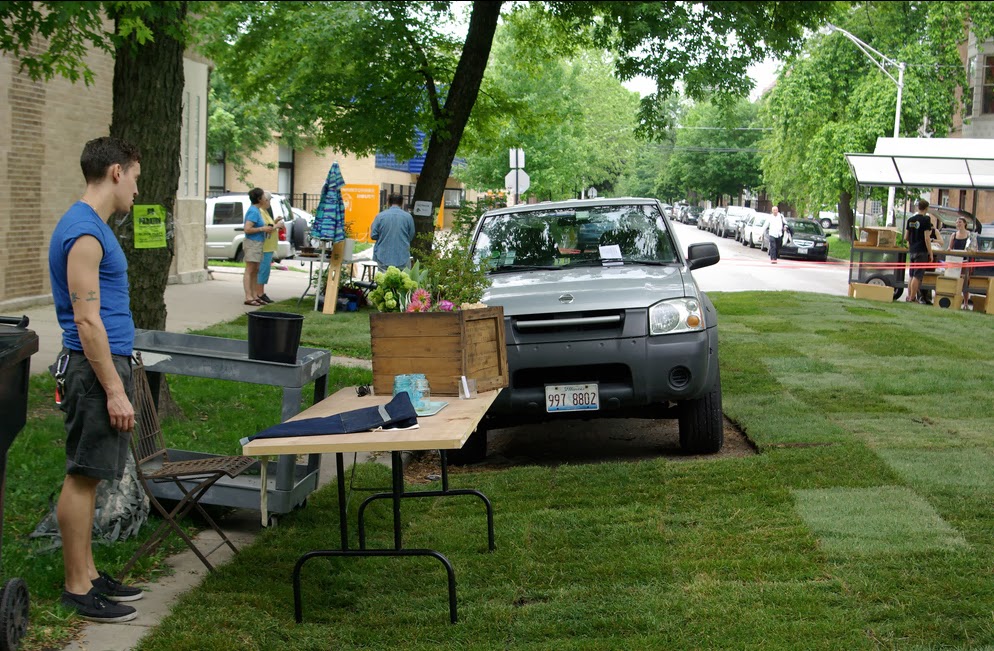 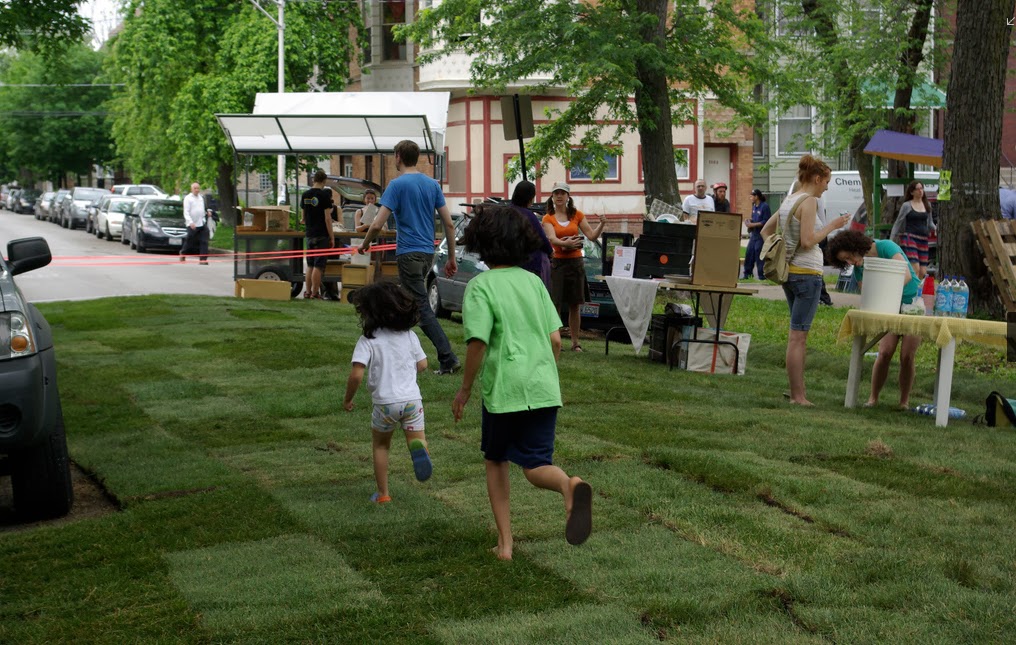 Post by the Hawthorne Hawkman, contributed photos used with permission.

Open Streets, the re-purposing of long stretches of corridors ordinarily used for vehicular traffic, is coming to the northside in May this year.  Over the last two years north Minneapolis has done the event on Lowry, but this year we will have an additional festival in the late spring.  The most likely route will be along Humboldt and/or Irving Avenues along the proposed greenway routes, between Plymouth and 45th.

The possibilities for the north/south bike corridor range from simply adding some bike corridor striping similar to Bryant Avenue South, all the way to removing vehicular traffic entirely a la Milwaukee Avenue.  When people think of a full-scale greenway right outside their own front door, the first thing that often comes to mind is...

Tuesday is Precinct Caucus Night. I Guess You Should Go. 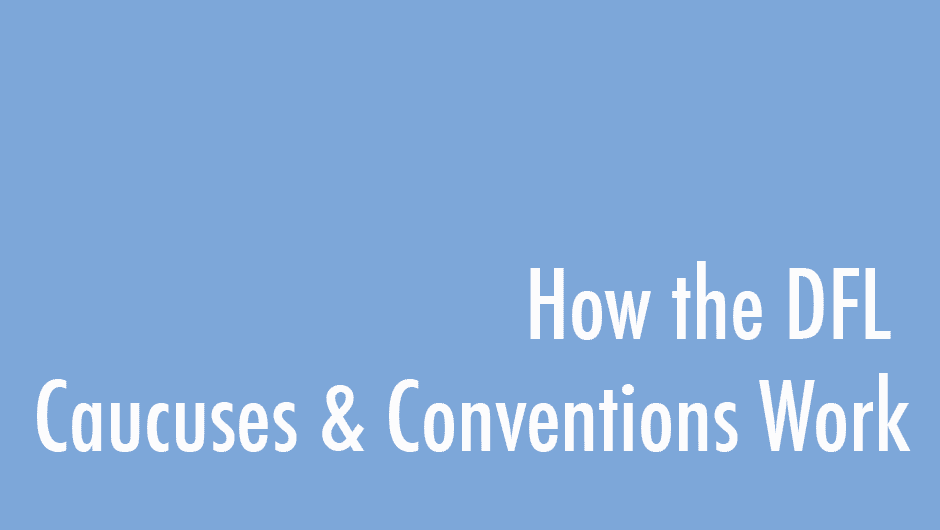 We're fresh off of a municipal election that used ranked-choice voting to create a nearly endless ballot that nobody could comprehend.  And our statewide elections use what I consider a far superior model:  an incomprehensible process that begins way the hell in February that nobody cares about.  Candidates can't even officially file for another three months, and already we're taking the first steps to decide who gets elected.  And since we're basically a one-party town, the DFL precinct caucuses are where the action is.  So unless you want your next round of public officials chosen by a few dozen party activists, you better find your caucus now.  Isn't democracy great?  USA!  USA!


"...a way to meet your neighbors and talk about issues important to you. It’s also a gateway to getting involved in the political process; if you are interested in meeting your elected officials, learning how to make a difference in your community or perhaps exploring running for office, a precinct caucus is the place to start. People also attend precinct caucuses to support specific candidates or specific issues."

Last year I wrote a tongue-in-cheek description of precinct caucuses, and although the particular statewide and county elections are different, the dynamic is the same.  Instead of rehashing that,