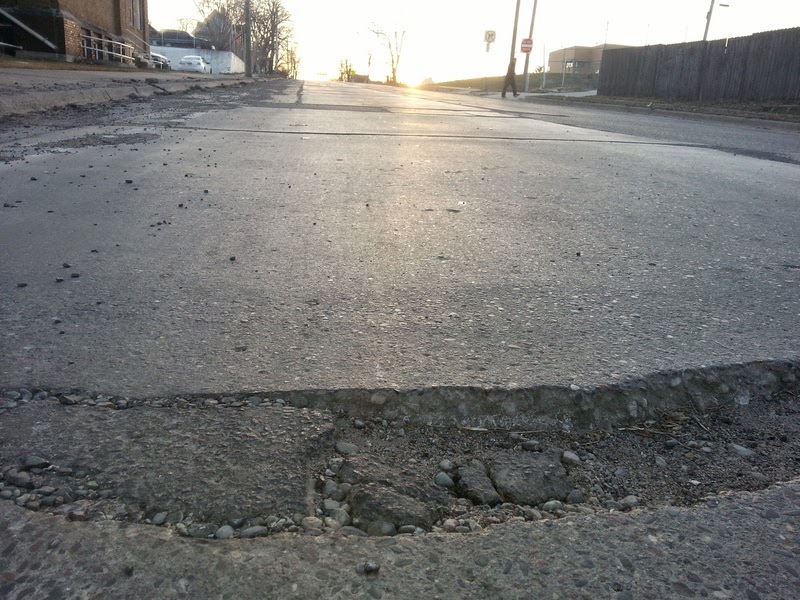 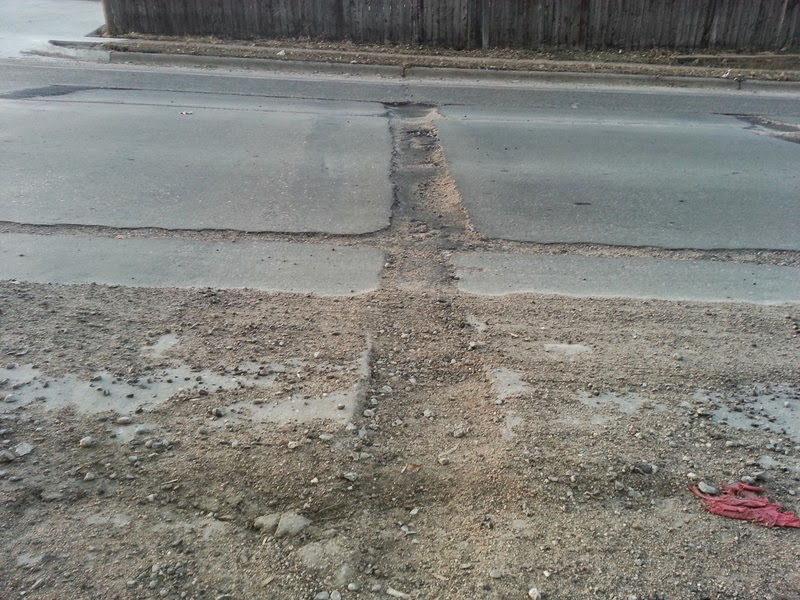 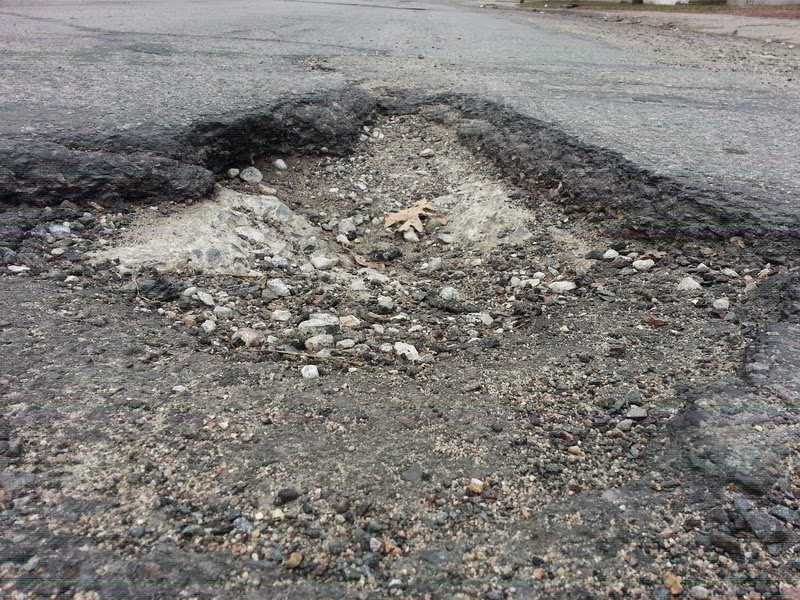 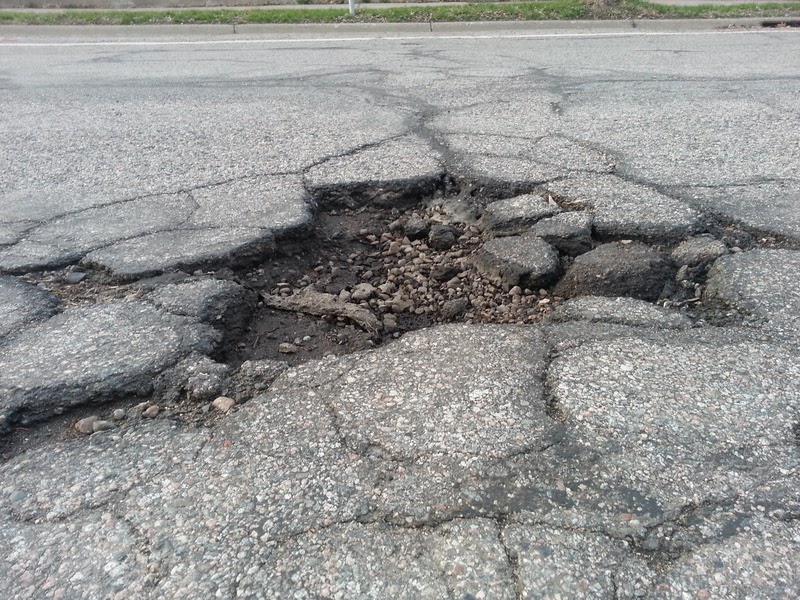 To the credit of our city officials, 26th Avenue North has seen quite a few potholes filled, CM Yang and his staff have been incredibly responsive since I brought the issue forward, and the corridor is slated for a makeover beginning (finally!) next year.  Its condition is still deplorable and worthy of mention to keep the pressure on our city to follow through with long-overdue repairs.

In early April, the Star Tribune posted an article titled, "Where you live in Minneapolis matters for pothole fixes." The gist of it being that--spoiler alert!--folks in north Minneapolis don't get the same level of basic services as the ritzier parts of town.  City officials were credited with the explanation that other areas get more and better service because they report issues more frequently.  That led to some rather entertaining backpedaling by our mayor and others, which can be summed up this way:  "That allegation is not true at all and anyway, we are taking the appropriate steps to correct it."

While that was going on, I made it my own personal mission to document each and every pothole on 26th Avenue North.  My first step was to...

Looking a GIFT Cow in the Mouth

I can't say I entirely blame Kemps for taking down the GIFT facade improvement.  After all, they want to tear down two buildings on West Broadway and it doesn't help their position if people are actually excited about potential.  Oh no, it's much easier to keep the buildings looking like blight so people are more inclined to favor demolition.  But it does show their true colors, in that they are willing to make a prominent section of West Broadway look worse in order to further their agenda.

To make matters worse, there doesn't seem to be any public knowledge of what that agenda even is--aside from demolition.  Rumors and speculation have ranged from...

Towards the end of last year, I raised the alarm on this blog that Kemps had purchased two structures at 404 and 410 West Broadway with the likely intent of tearing them down for more surface parking.  A discussion and extensive research followed on the Old North Minneapolis Facebook page (a site where more connections about northside history are being made every day).  Late last month, we received the expected news that Kemps would apply for a demolition permit, and northsiders compiled our research to nominate the properties for historic designation.

And then something unexpected happened:  These buildings got a GIFT.  Specifically, a GIFT is...