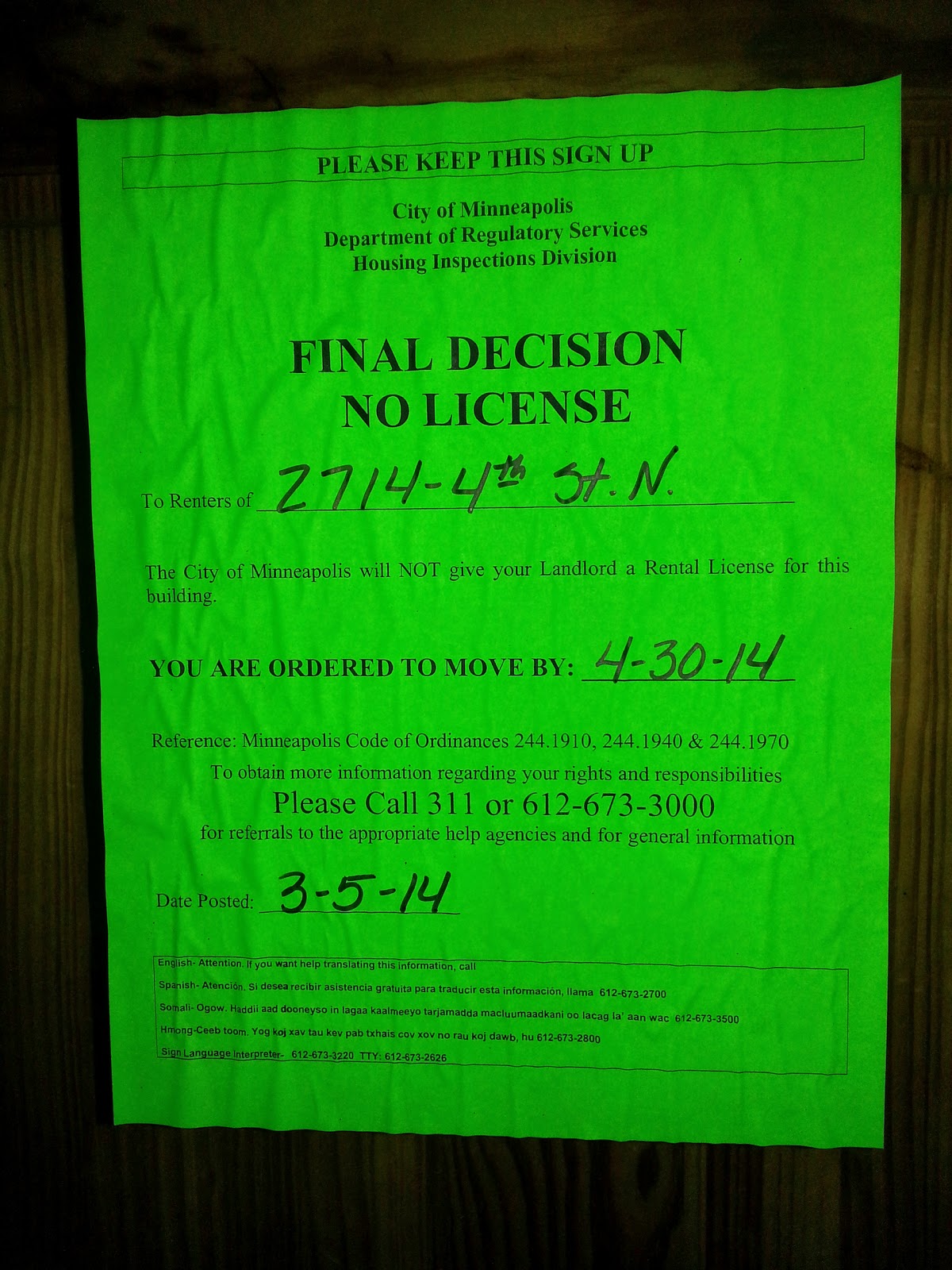 In my research for the equity blog post, I came across interesting information, and the Johnny Northside blog beat me to the punch by publishing news of Stephen Meldahl's rental license revocation before I could.  What he missed, however, was a loss of a license by one of the few slumlords worse than Meldahl, Mahmood Khan.

The good--nay, great--news is that with the revocation of one license, a second revocation could lead to the loss of all of Khan's or Meldahl's licenses for up to five years.  The Johnny Northside blog calls this "teeter[ing] on the verge of collapse."  While I certainly hope that's the case, I believe that's grossly exaggerating the anticipated demise of these rental slumpires.  There are several reasons why...

On Writing, and Remembering "Andy Fantastic" 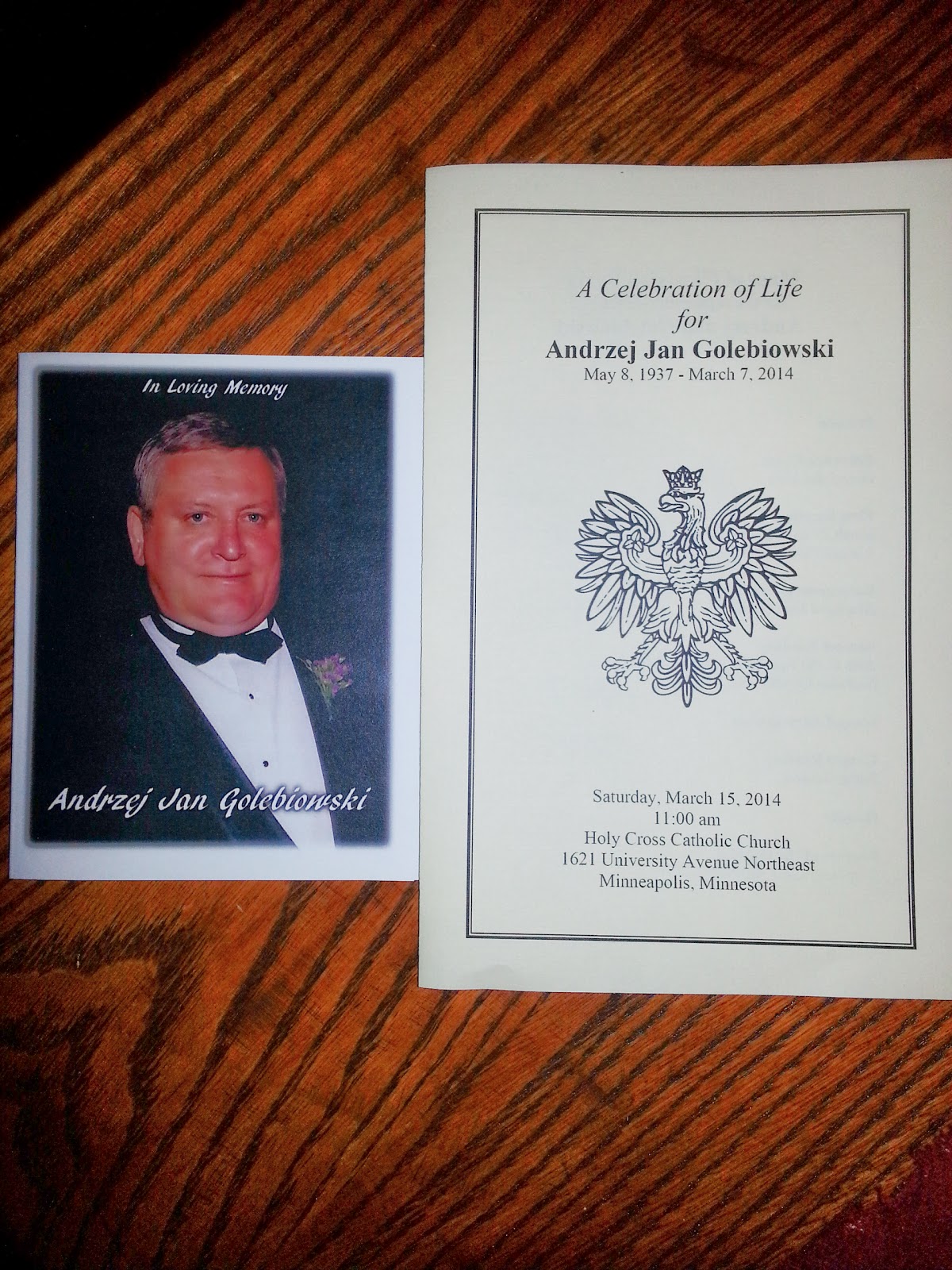 On March 7th 2014, Andy Golebiowski, known on Johnny Northside and North by Northside as "The Artisan of Meat," and nicknamed "Andy Fantastic" among friends and family, passed away.  Andy was a proud husband, father, and grandfather, and that fierce pride carried over into everything Polish.  He and his wife Valeria, aka "The Polish Lady," have been pillars of the Hawthorne community for well over forty years.  Even before my own grandparents passed away, these two wonderful folks had become somewhat like my adopted north Minneapolis grandma and grandpa.  (It's not clear who adopted who; maybe that part got lost in a few rounds of drinking Polish vodka.)

The Golebiowski home on 31st Avenue North was, for a long time, the only occupied property on that block.  You'd never know it by driving through the area now, but at one point literally every other home on their street was foreclosed, boarded, vacant, arson-damaged, or some combination of those three.  It's no stretch to say that the Hawthorne EcoVillage would not be the success story it is today without Andy and Valeria.

Valeria attended most of the meetings, and came out for press conferences, dinners, galas, and gatherings with various politicos who were supportive of the development.  But Andy was no less invested in the community than she was.  He just showed that investment in different ways, like constantly peppering me with questions about the next big thing, who new home owners would be, when the bad actors would be leaving, swearing, bragging about Polish (fill in the blank), drinking Polish vodka, sharing his home with community members, more swearing, celebrating each small neighborhood success with Polish sausage, and then some vodka to top it off (Polish, of course).

The celebratory Polish sausage was at first a pleasant surprise, then a way to sustain revitalization efforts, and eventually a tradition of sorts.  I'll always remember the first time that happened...