See You on North Talk 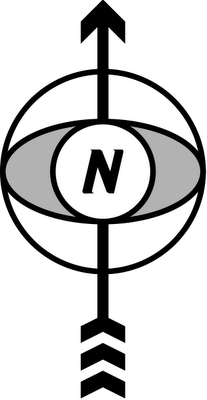 I was once advised against openly announcing a departure from blogging, but readers have surely noticed the dearth of posts this month.  I normally strive for 2-3 posts a week, and have thus far managed just three in twenty days.  Part of the reason for my lack of blog output has to do with some rather good personal news that I expect to be able to write about within the next few weeks.  But the main reason I've posted sparingly is because of the new Facebook group North Talk.

North Talk got its start when another north Minneapolis Facebook page was abruptly shut down.  During the weeks heading up to that shutdown, a North Talk page was created.  However, users commented that the page format didn't have the same kind of notifications, and made it harder to interact than a Facebook group.  I wanted to make sure northside residents had a place to continue their dialogue, so I created the North Talk group and shut down the page.

And boy did people want to talk!  In the first fifteen days, the group had over 5,300 comments.  I added about 100 of my northside contacts from Facebook and that number has more than tripled.  At the time of posting this article, the group has over 340 members.  For much of the first part of the page's existence, I was the sole administrator, which meant I had to read every single one of those 5,300 comments.  We've since added three additional admins, which has relieved the burden somewhat.

On top of the 340 members, the group has open privacy settings.  So even non-members can view the dialogue that's happening there.  I currently have no way of quantifying how many people are watching from afar, but can attest that non-members do sometimes talk with me about the page's goings-on.  Since I blog on my own time, and administer the page as a volunteer effort, I only have so much time to devote to each task, and therefore made a choice.  North Talk was seeing more interaction by far than North by Northside.  At times, the conversations on NT get terse and are in more need of attention than the occasional blog comment.  I felt that what was happening on the Facebook page was more impactful than what I could write here.  So I've been more focused on that for the time being.

How many times have you seen an internet conversation thread get on the topic of racism come up, only for someone to bring up Jesus and Hitler and who knows what else, and then everyone skulks away angry?  Well the opposite frequently (not always, but frequently) happens on NT.  We have seen topics touch on racism, then devolve a bit, and then people come around and start really exchanging perspectives and ideas until they have a better understanding of the issue and of each other.  It's like the inverse of everything else on the web, and has been utterly fascinating to be a part of.

I still hope to continue blogging on a regular basis, as there are plenty of topics that I hope to delve into.  Light Rail/Northside transit, the Northside Food Market, community gardening ordinances, and Keith Reitman's blue twin houses are just a few posts I hope to get around to.  As great as the conversations on North Talk have been, I'd like to think there's still a need for in-depth coverage of northside issues.  But if you're wondering why there's not as much of that going on here as usual, come on over to North Talk and see what everyone's up to.
Posted by Jeff Skrenes at 1:27 AM