On Representation within Neighborhood Boards 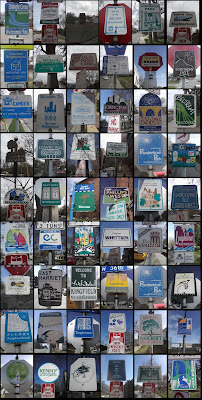 There is an ostensibly noble push to create more diversity on Minneapolis neighborhood boards.  Noble because the premise is sound; community organizations should at least somewhat mirror the demographics of the neighborhoods they serve.  I characterize the current push as coming from a questionable place though, and that leaves me with doubts about whatever policy might come from any changes.

My entire twelve-year connection to north Minneapolis was spent as part of a neighborhood organization, either as a staff person or as a committee and board member - even two years as board chair.  If there is one thing I learned as an absolute truth for community participation during that time, it is this:

So when city staff, elected officials, or critics and opponents of these organizations make the accurate claim that some don't have enough people of color, renters, or other demographics in attendance or leadership roles, my first questions are...


These lessons came into focus in an important way when I tried to organize a Hmong housing forum during my time as Housing Director for the Hawthorne Neighborhood Council.  I worked with some families to spread the word, made my invitations at various events, and had Hmong youth flyer the neighborhood and invite their families.  The big night of the community meeting came and...not a soul showed up.  Not even the ones that helped organize the event.  That led me to one of two conclusions - either life in Hawthorne was just perfect for Hmong households and they had no need to come to a neighborhood meeting, or housing wasn't the issue that was going to get people to show up.

We went with the latter, took a step back, and had a series of listening sessions with these families and organizers at CURA.  What we heard was that safety was the primary concern, and a solution folks wanted was to get a Hmong-speaking police officer on the day shift in our precinct.  Hawthorne commissioned a study from CURA to solidify the data we intuitively knew but needed verified to make our case, and we went to work turning people out for a new meeting.  Several times throughout the campaign, we filled the main room at Farview Park with over a hundred community members, almost all Hmong or Southeast Asian and most from north Minneapolis.  The turnout, the demands, and the strategy were driven by the Hmong and Southeast Asian residents too.

And we won.  We got the first Hmong-speaking officer on the day shift for the fourth precinct.

What we didn't do, however, was get Hmong representation on the neighborhood board.  During my time as an organizer for Hawthorne, we had mostly White board members, some African American leaders, and only two Southeast Asian board or committee members.  Both of those eventually moved out of the community as life led them in different directions and neither joined as a result of the organization's most successful action on behalf of Hmong in the community.  So if the only metric would have been board or committee membership, it's possible that an organization like Hawthorne could do everything right in terms of engagement and organizing, and then get penalized by the city for not getting people to be on a board.

On the other side, as a board member for Jordan we spent the better part of a year with only three board members - all White homeowners.  The Jordan Area Community Council had gone through a contentious period several years back and still struggled with the perception that meetings were acrimonious and chaotic.  It didn't help that we were being consistently sued by a frivolous litigant, causing us to lose our directors' and operators' insurance.  One consequence of that was that any board member could be held personally liable for attorney fees or other damages if we were to lose in court.  Try getting people in the city's poorest neighborhood to participate on a board with that looming over their heads.

Had the city decided to enforce a membership quota of some sort at one of the organization's lowest points, that could have led to penalties that would have literally destroyed the council.  Instead, through intentional board leadership and outreach and especially through the charismatic hard work of our executive director and staff, the organizational leadership much more closely resembles the neighborhood demographics.  Jordan is a standard-bearer in that regard.

A primary responsibility board members assume is to be good stewards of the financial resources the organization has at its disposal.  And that's where renter engagement can be more difficult.  Historically, a significant portion of neighborhood money had to be spent on housing issues.  The most effective uses for that have been things like down payment assistance, rehab loans, energy efficiency upgrades and tests, and gap assistance for larger development projects.  Those initiatives primarily benefit the owners of a property and a renter is at best a secondary or tertiary beneficiary to those programs.

Most organizations want the assistance funds to come back to the community so that they can be reused for the next group of people or programs that need it.  In general, that's just not possible with renter-focused initiatives.  So for a program or organizing drive to come from a neighborhood organization and benefit renters, the idea would have to be rock solid.  Without that, you're essentially asking renters to come to a meeting to represent renters, but not getting much in return.  That's a recipe for high turnover or no representation whatsoever.

So before we get into a flat-out mandate of representation, we have to acknowledge that people of color, renters, people with disabilities, and other under-represented communities have to have a reason to attend a neighborhood meeting.  They have to be able to accomplish something for themselves or others.  Sometimes recognizing that opportunity is as simple as taking a step back and asking what someone wants.  Perhaps an organization simply has to be in a healthier place before it can expand, and strict representation requirements could do more harm than good.  Other times, the funding constraints or legal requirements of certain kinds of non-profit entities may mean the neighborhood group simply isn't the right avenue for that change (such as overt political activity).

Which brings me to the second point in the opening paragraphs - the intent behind this proposal now. The 2040 Plan was just passed, under questionable tactics, no less.  And its primary opponents were either neighborhood organizations themselves or were board members whose opinions may have carried more weight because of their affiliation.  Those groups have, unfortunately, been over-represented in their leadership by White homeowners.  In the other corner, we had supporters from entities like Streetsmn, Our Streets, and Neighbors for More Neighbors.  Although it's hard to say from a cursory view of board rosters there, it would appear that at least the racial demographics are not terribly different - most board and committee members appear to be Caucasian.

When I was board chair at JACC, my refrain to people in my community about the need for better representation was this:  "The organization's positions and recommendations to the city are advisory.  The city tends to go along with what we want, but at BEST ordinances and tradition merely require them to have some sort of community input.  If our council is just a bunch of White homeowners, then that lack of representation can be used as a reason to ignore us.  Even when the city's actions are bad for our neighborhood and their outreach was even worse.  Simply put, we are more powerful with you than without.  We need you."

Instead we have an entrenched power structure and a new, competing power structure.  Both lack enough diversity in their leadership roles to definitively claim the mantle of community engagement in that arena.  The new group then picks up the cloak of the oppressed by claiming their status as renters, although whatever systemic obstacles a White renter faces pale in comparison to the pervasive radiation of systemic racism.  The legitimate criticism of neighborhood organizations' representation is being perverted by the the up-and-coming groups in order to dilute that long-standing clout.  The push for more inclusion is not coming from the groups that deserve or would benefit from that improvement.  It's just more people who are already privileged trying to displace the political power of their similarly situated opponents.

And this is what is genuinely disgusting.  The putative reason for needed change among neighborhood organizations is to get better representation.  But the calls for that change that the city is raising up are not coming from POCI leadership.  Even when the cause is right, if those clamoring for change do so with only the thin veneer of social justice, the change we see will not be appropriate, full, or long-lasting, nor will it serve the people who need and deserve it most.  The city should take a step back, listen to groups with people of color in meaningfully successful leadership roles - some of which are neighborhood councils - and take their cue from what people want and what has been successful.  Anything else will bring about hollow and unfulfilling change that will in reality be no change at all.