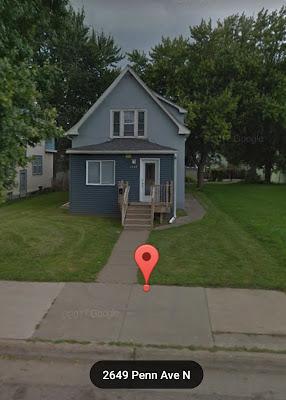 First let's concede that Minneapolis should be looking for ways to add density and continue to grow.  And the council members with urban planning degrees probably read in a textbook somewhere that one way to add density is to convert existing housing into multiple units.  In an ideal world, that's the least disruptive way to increase housing supply.

We do not live in a textbook example or an ideal world.  And what real world experience tells long-term Minneapolis dwellers is that converting a single-family home into two or more units is almost always poorly done and brings a property into a nearly irredeemable problematic status.  The most common way landlords achieve these conversions is to make the front porch into a bedroom or living room, thus freeing up a reconfiguration of floor patterns and entry points.  Those front porches rarely have a heat source and almost universally extend beyond the foundation of a property.

When a property is not converted well, it doesn't function in the same way as similar but better-constructed units do.  And then those properties are more likely to attract tenants who do not treat the home or the community well.  Not every such conversion is done poorly, and not every poor conversion becomes a problem property.  But long-time residents on the northside and in parts of south Minneapolis can point to a high correlation between such conversions and problem properties.  That connection is far too strong to be mere coincidence.

And then once these houses are improperly converted, it becomes almost impossible to get them out of that stream.  That difficulty is a direct result of how utility creates value in real estate.

When I own a house, that property creates value through its raw materials, its location and land, and its use or utility.  A single-family home's utility is just that; the ability to be used by one family to live in or rent.  If you take that same structure and add a second unit, you add utility.  Now it can be lived in and generate income or it can generate two streams of rent.  It doesn't matter to the owner or seller if that utility has a downward effect on the immediate community surrounding it.  Anyone who wants to buy that house has to pay for that utility because to the current owner that is what drives the value.

Then, having paid for that utility, the new owner is then compelled to continue the existing use.  To do otherwise would be to spend money on reducing the value; a prospect most owners would understandably balk at.

Even if a landlord goes into foreclosure and loses the homes, the banks are going to use the utility factor to sell at a higher price.  It is costly and almost impossible to get properties out of the hands of poor ownership as long as they have that utility.  So when a house gets poorly spliced, these are the potential buyers:  1) another problematic landlord, 2) a benevolent landlord who still will not or cannot restore the property, 3) a governmental or non-profit entity that can spend or lose money on proper restoration (but would not need to do so if better housing policies were enacted in the first place), or 4) the extremely rare individual with the desire and capacity to restore even at a loss.

I'm not saying that we should never expand the number of units in a structure.  When such expansion is carefully done, a community can add density with minimal disruption to its built form.  And that is a laudable goal.  But generations of problem property owners, from Gregge Johnson to Paul Koenig to Mahmood Khan and Steve Meldahl have shown us that the free market left unfettered will not naturally produce such quality conversions.

If this provision of the 2040 Plan is correctly articulated in the Star Tribune editorial, then it is yet another signal that the Plan fundamentally misunderstands how its changes impact poorer communities.  And therefore it is not yet ready for implementation.