The Abolish the MPD Poll is Full of Terrible Ideas 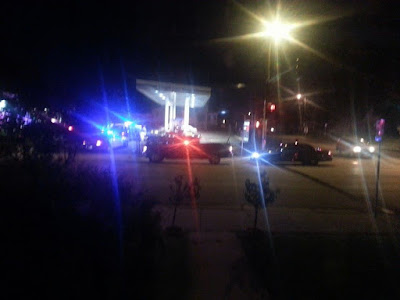 Post by Jeff Skrenes, photo is from my front porch.

This post has been edited from its initial publication.  A list of candidates who voted "yes," "yes then no" or "did not respond" has been added, those candidates have been added to the "labels" section, and language was adjusted at the hyperlink to better reflect a narrative flow.

Recently a group called Pollen put out a survey and candidate questionnaire for the upcoming Minneapolis municipal elections.  The questions are pretty standard fare, if a bit left-leaning even for Minneapolis, with two notable exceptions.  "Do you believe we could ever have a city without police?" and the follow-up to that, "What would you do, as an elected official, to bring us closer to police abolition?"  What is exceptional, and not in a good way, is that two DFL-endorsed incumbents and two of the leading mayoral candidates answered the first question in a way that at a different time or place would be considered political suicide.

"Yes."  (With a caveat:  Mayoral candidate Jacob Frey initially answered "yes," and has now retracted that.  His answers now state "no," with an explanation that the initial questions differed from those on the submission form.)

Mohamud Noor (Ward 6) answered the follow-up question about what would be done to abolish the police department, but did not answer the initial yes/no question.


Whether this is an indictment of how much work must be done to reform many aspects of our police force, or it's demonstrative of how far to the left at least some are trying to take our city, this question is not normal or healthy.

I suppose reasonable people - or maybe we don't see each other as reasonable right now - may disagree on the value judgment above, but let's not sugarcoat these two questions.  In many a Facebook comment thread I've seen or participated in, defenders of posing such queries state that the vision is merely aspirational, and asks candidates to envision a city where police are not necessary because everything else is so great.

No.  That is not what the questionnaire is getting at.  One of its authors, Ashley Fairbanks, is quoted in the Star Tribune as stating that the police force is so rooted in white supremacy that it is irredeemable.  Whether that's true or not isn't my immediate point, but rather we need to acknowledge that the people behind this question are very much in favor of dissolving the police force.  Not radically reforming it, but "abolition."  The very next question asks for specific actions that would bring us there.  That should make it crystal clear that the questionnaire is not leading candidates or voters to sing John Lennon's "Imagine" while casting ballots in hopes of a world with no religion, wars, or greed.  The survey and its authors unapologetically advocate for the abolition of a police department, and anyone who answered yes is tacitly supporting that view.

There are more than a few other problems here...